The collector as custodian of African art history

Atose Aguele – art lover and MD of fuel company Avedia Energy – opened the doors of his private collection at his home in Cape Town for the first time to MOMO The Magazine. He talked to us about artworks of the African masters to up-and-coming artists, and why it’s important to collect locally.

‘To be honest, I’ve never really seen myself as a collector. I just love the work.’ It’s a glorious Saturday morning and Atose Aguele is reflecting on his label of ‘art collector’. ‘I think the word collector, as far as Africa is concerned, at least, is quite a new term. I see myself more as a custodian of art, because what you see here represents part of African history. I don’t think one person can say that they own it. It belongs to the continent and humanity in a broader sense. I just see myself as holding a trust.’

Aguele’s art journey began while he was studying for a graduate degree in economics at the University of Delaware in the USA, where he would go to rummage sales with his roommate. ‘He would go to look at early-American furniture and I would go to look at paintings. You’d be shocked to see what people have abandoned in their basements,’ he recalls. When he bought an 1897 landscape by Harry McCord for around $100 and sold it two weeks later on auction for $1 600, Aguele realised that he was on to something. ‘Once I finished school, my luxury was art. I started collecting quite early and never stopped.’ 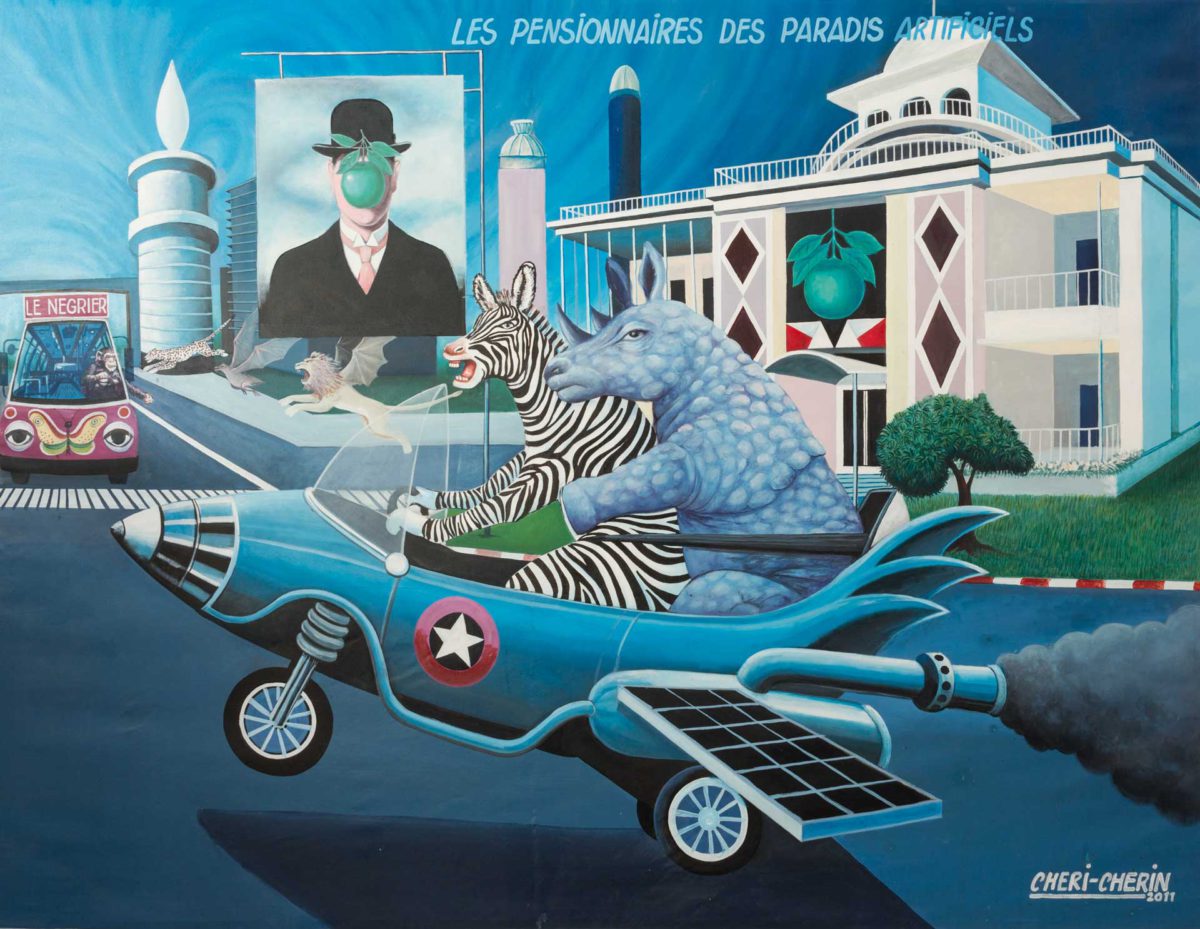 His collection quickly developed a focus on modern African art. Sporting artworks by masters such as Ben Enwonwu, Gerard Sekoto, Dumile Feni and Geoffrey Ernest Mukasa, the walls of his family home in Cape Town are adorned with a veritable history lesson in the subject. ‘Culturally, I’m rooted in Africa. That’s my consciousness, so I’m obviously drawn to Afrocentric work. I was drawn to early Nigerian masters like Ben Enwonwu but even early on I recognised that we had a number of very good painters all over the continent. Most collectors of African art tend to collect just Nigerian pieces or pieces from the Congo, Ghana or South Africa. I’ve accumulated artists from about 10 African countries.’

Usually speaking in a calm, measured cadence, there’s an audible sense of enthusiasm in Aguele’s voice when he describes what most captivates him about a particular artwork. He pinpoints four qualities that draw him in: historical context, the unique biography of the artist, the craftsmanship, and a final ‘X factor’ that’s tricky to define. ‘The work doesn’t leave your mind. You go home, you’re sleeping, but the work is in your head and you realise that you have to buy it.’ One of the most historically significant works in his collection is Enwonwu’s Portrait of a Lady. ‘It reminds me of my mother and aunts,’ Aguele muses. ‘Enwonwu comes from my mother’s area, so immediately I almost recognise that woman sitting there.’ And the date of the work’s completion conjures a myriad questions. ‘The year 1967 is 22 years after the Second World War, when most African countries were still under colonial rule. So what was going through Enwonwu’s mind when he painted that piece?’

Another significant work in the collection is a wooden piece, a pre-superstar-status work by seminal Ghanaian sculptor El Anatsui. ‘I bought it soon after he did it in 2003,’ Aguele recalls. ‘El Anatsui was a professor in Nigeria at the time and wasn’t quite as regarded as he is now. His work was unique; there was nobody doing anything like it. I was used to buying paintings, sculpture, but nothing like this. For me, it was an interesting way of the artist telling his own story.’

While Aguele’s collection leans heavily towards modern masters, a trip to a local art fair served to reignite his interest in work by emerging artists. ‘I’m more optimistic today than I’ve ever been about contemporary art,’ he says. ‘Three years ago, I was at the Cape Town Art Fair and I was blown away by what the young people were doing. I felt like a kid in a candy store.

Seeing work by people like Blessing Ngobeni, I realised that the young artists of today definitely still have the inspiration to create beautiful works.’ Examples of these are peppered throughout the house: a large piece by Vitshois Mwilambwe Bondo, African Venus (2011), greets visitors at the front entrance, and a sculpture by Maurice Mbikayi lives among the African masters in the main viewing room.

While Aguele is an avid follower of the secondary markets, he believes that African art is still severely undervalued. ‘It’s great to see what’s going on and some of the record sales. Sotheby’s just had a sale of £2.8 million, which is a record for African art collectively. Some of these artists – Enwonwu, Sekoto, Dumile Feni – are long deceased, but truly represent the fathers of contemporary African art. If you liken them to the fathers of contemporary European or Asian art, you see that they’re still very undervalued.’

I don’t think one person can say that they own it… I just see myself as holding a trust.

In Aguele’s view, these values will continue to struggle until Africans themselves are afforded the opportunity to participate in the art market. ‘You can actually track consumption patterns and standard of living relative to art,’ he says.

‘When the Brazilians became quite wealthy, prices of art increased. We’ve seen it recently in Asia, with Chinese artists getting record prices – that’s a direct result of the new China. It shouldn’t be any different for Africa. As much as Europeans do collect African art, I think that in terms of value, the art speaks more to people on the continent or to Africans in the diaspora. That would obviously drive up the value of the work ultimately.’

Increased African participation in the value chain will also have the effect of keeping significant works on the continent. ‘I’m glad to see the interest, with more people getting involved – not just in buying and selling but with the new museums being built, traffic going through these museums and galleries, and kids being exposed to African art. Keeping these works on the continent isn’t just an emotional issue. If they remain on the continent, there’s a greater chance that more Africans will be exposed to them. If they sit in a house in Belgium, there’s nothing wrong with that but the art is then not exposed in that sense.’

I’m more optimistic today than I have ever been about contemporary art.

‘One of the things we’re looking to doistohaveatourofsomeofthe masters – and not just masters from a particular country but, for example, to get a Sekoto and an Enwonwu and do a world tour of several cities where we expose kids to some of these works, their history and their heritage. Obviously, people who live in cities like London or New York or Cape Town are exposed to art. It’s really those who don’t have that proximity to collections or museums that we need to reach.’ 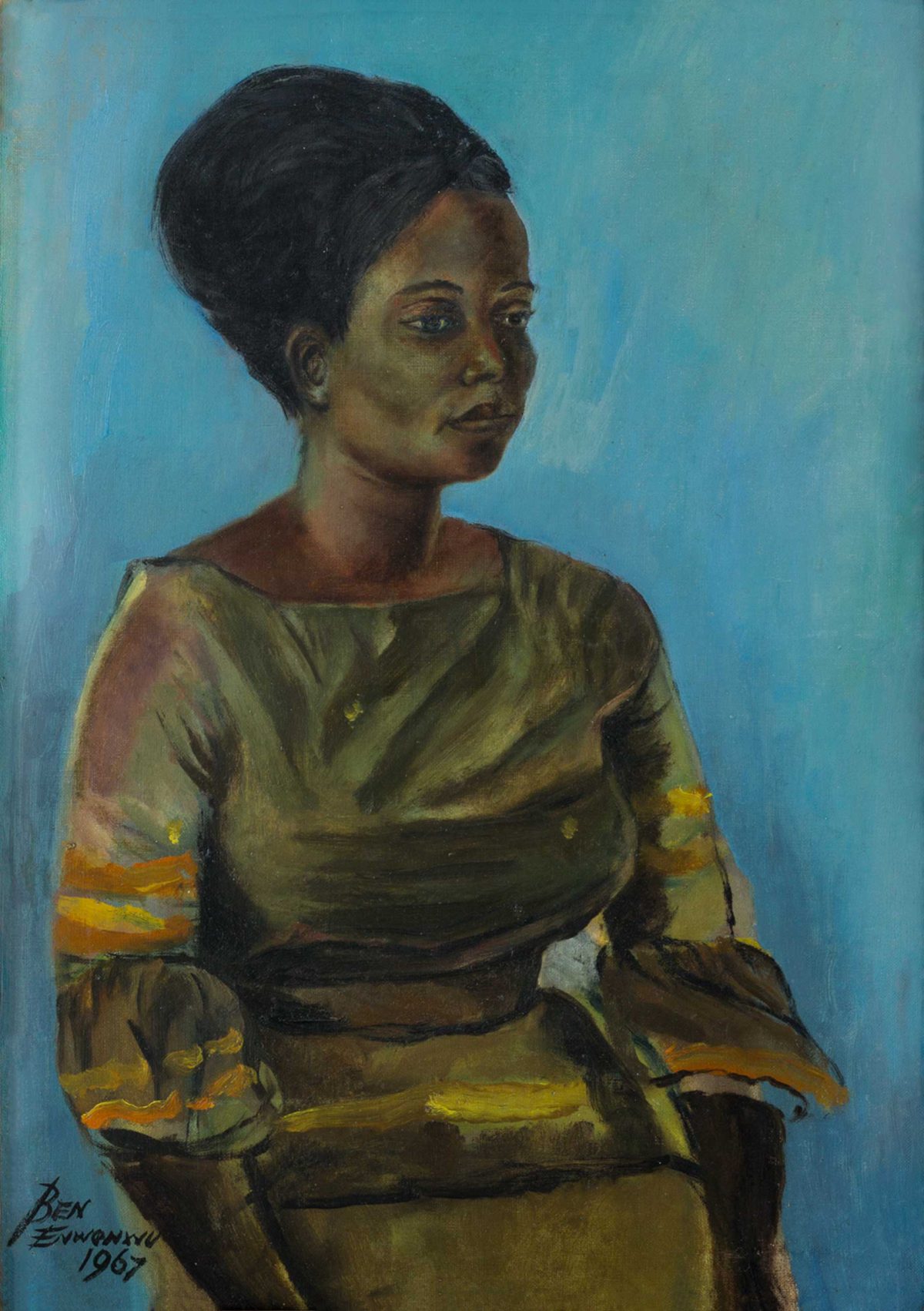