Canadian-born Garth Roberts trained as an industrial designer but later became involved in many other related areas, including furniture design, housewares and interiors. He tends to instil the irony of European design into the straightforward approach of North American culture, a cross-disciplinary tactic guided by a delicately balanced tension between pure materials and essential forms. Roberts, who founded the concept-driven design collective Group Inc, divides his time between New York, Milan and Berlin as the principal of garth studio. MOMO The Magazine sent him some questions and he responded…

I thought I’d flip the script on this one and take the liberty of adapting the questions you asked me into derivative inquiries that I’m more interested in addressing. I guess it’s a bit cheeky but I’ve never been one to be meek.

MOMO: What draws you to art?

Garth Roberts: For me, art is something that represents a pure creativity. It’s a forced marriage between personal experience and a generally perceived idea. Personally, I need art in my diet as much as I need politics and technology. 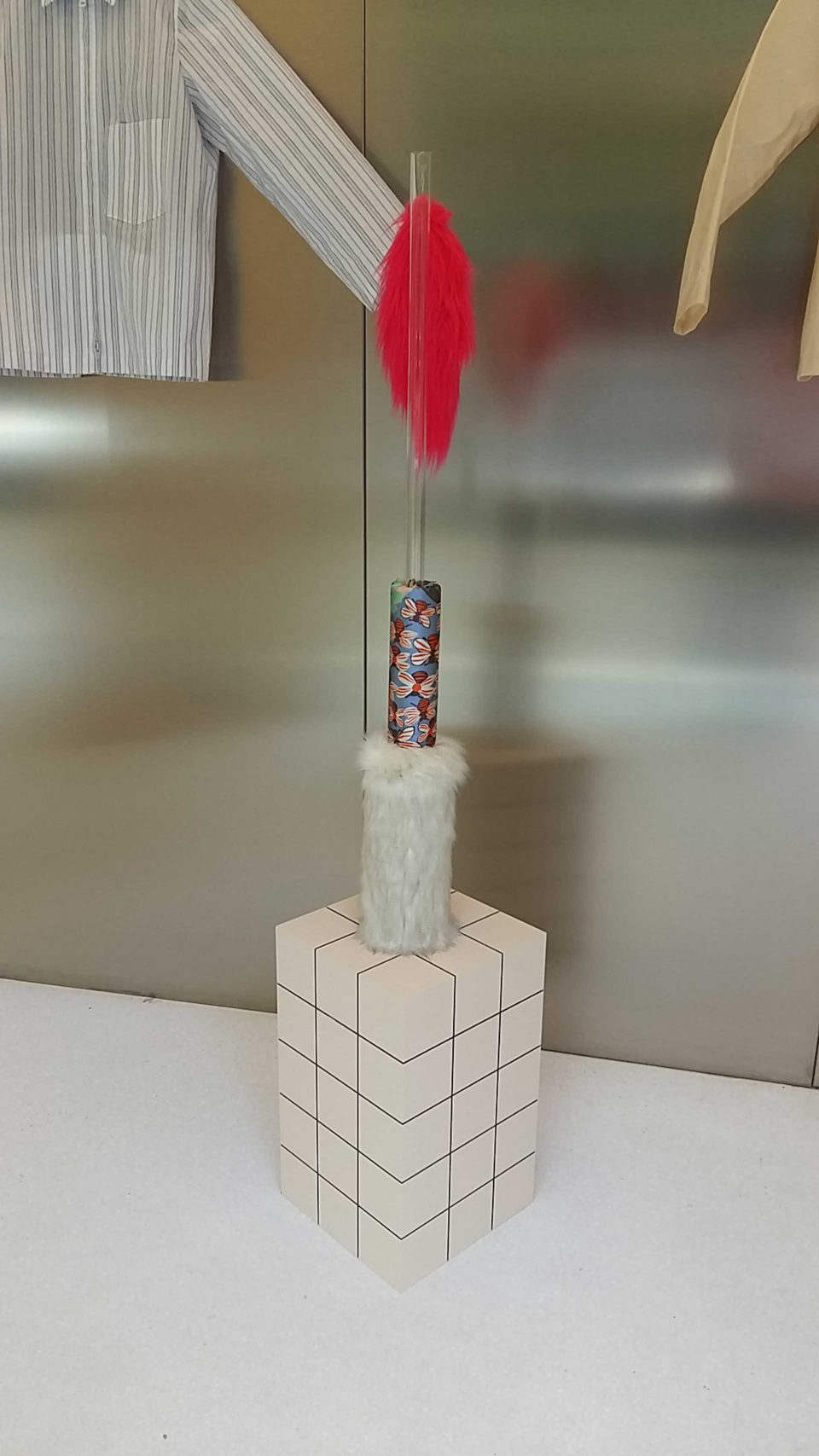 MOMO: how does art translate into your design ?

GR: In some ways being a designer is like being a DJ. I see my work as a remix of inspiration. It’s where elements of fashion, music and art meet. Art is probably the most important part of this creativity cocktail, the thread that holds it all together. 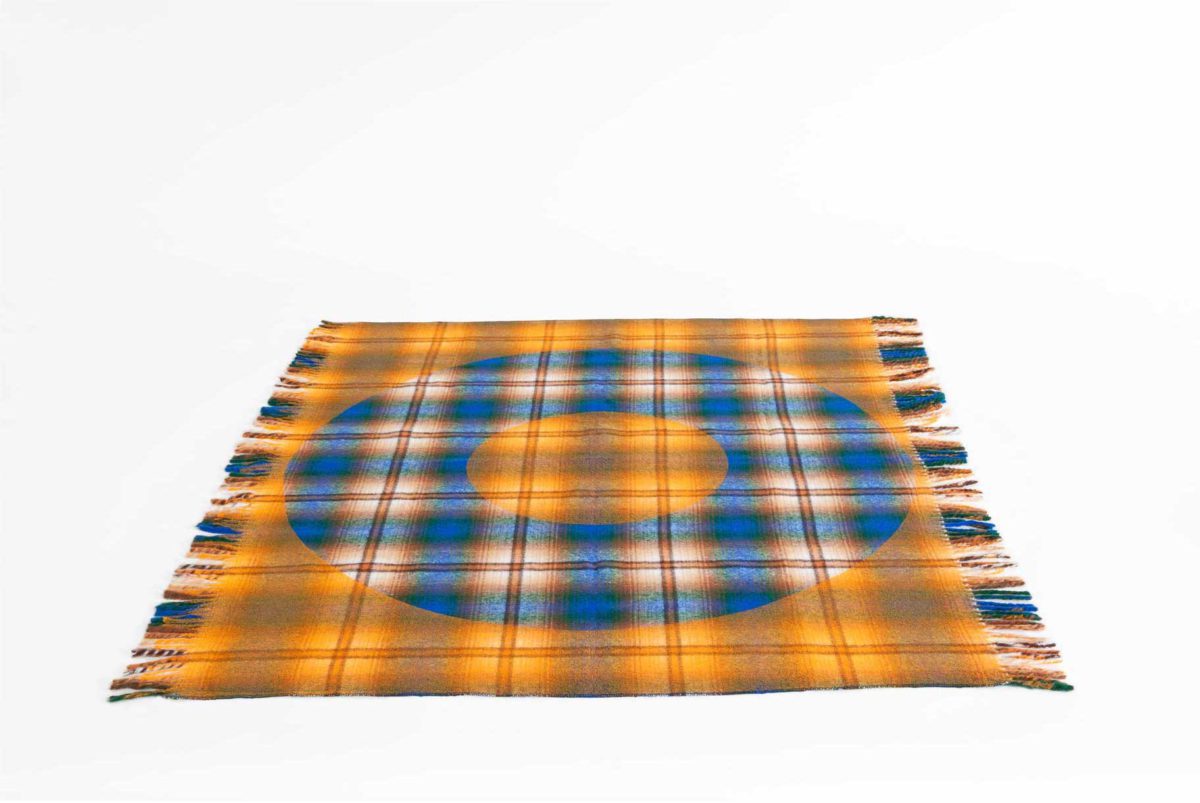 MOMO: How do everyday life situations reflect in your design? you seem to collect situations through the visuality that draws you to the situation – How do you translate that into design?

GR: Design is not only a colorant to everyday life, it’s also informed by everyday life. In a way, it’s a perpetual circle. I’m sensitive to this colour, and I like to document it in photos. I’m not talking amateur photography; I mean basic snapshots of a moment. I just started using Instagram, but prior to that, I was storing these moments as a perpetual library of images on the hard drive. Some I never look at more than once, but the process of taking the images gives them importance in my memory. 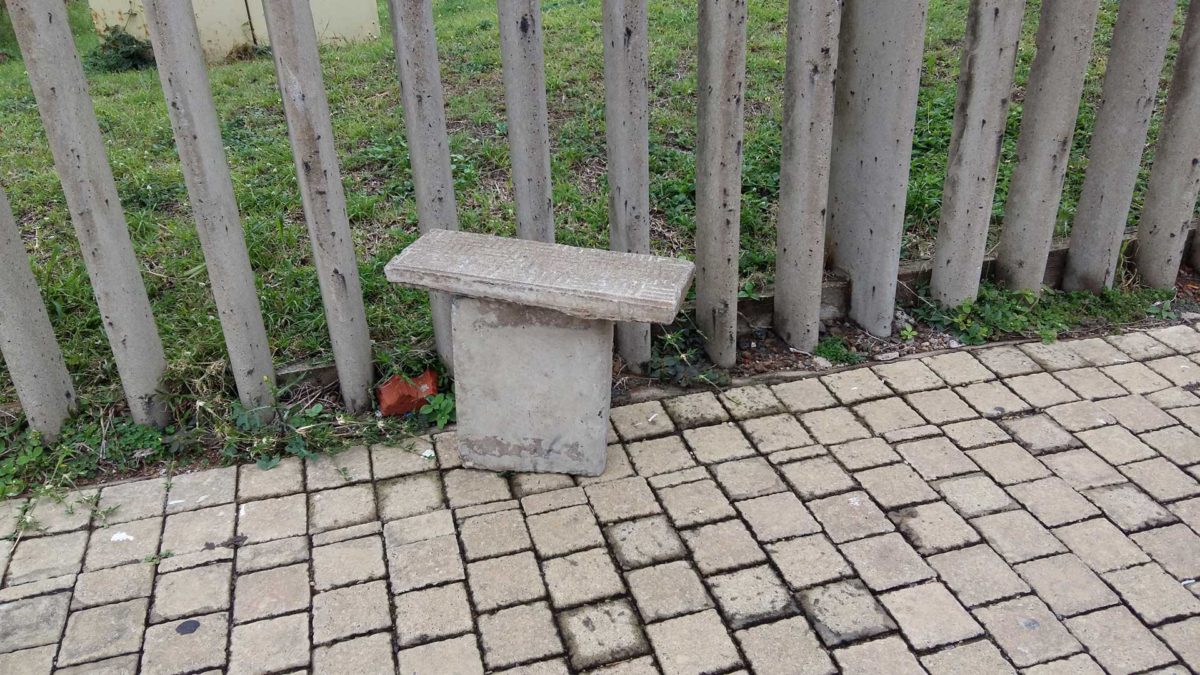 MOMO: Do you have design elements that are important to you, that you repeat in different objects? Something that has inspired you in a special way? Objects that fascinate you?

GR: In the process of designing, there’s a portion that exorcises my creative demons. It scratches that itch that I can’t reach.

MOMO: What does collaboration mean to you – /Italy?

GR: Collaboration is a big word, especially in design. How can you share something that is a personal experience? How do you put enough into a task to feel contribution? The cultural part of design is somewhat ambiguous in this period of creativity: things are visually digested so fast; people are local to almost anywhere. It’s harder to validate the merits of collaboration than in the past. Is collaboration merely used as a marketing tool or is it an endeavour to save time and effort for a given process? 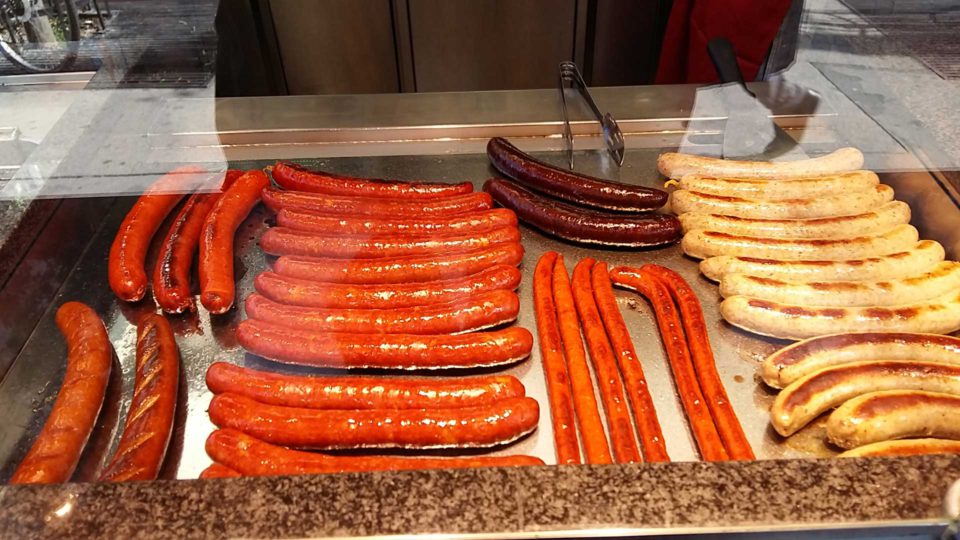 MOMO: do you find irony in Germany/Berlin regarding design?

GR: To best respond to this question let’s look at ‘irony’ by definition. I mean, irony has many states but let’s assume we’re referring to dramatic irony for this case in point. So, dramatic irony defined is ‘a literary technique, originally used in Greek tragedy, by which the full significance of a character’s words or actions is clear to the audience or reader although unknown to the character’.

I find this irony in German design because there’s a lot of talk about creativity and design but, tragically, the rationality applied to the process and the cultural norms combine with this talk to result in stagnant results. In some ways, the culture refuses to embrace the uncertainty that’s typically associated with creativity.

MOMO: How was the experience to work with Italians ?

GR: My relationship with Italy has been akin to a Hollywood experience. I arrived naïve, as if born yesterday, but I stayed up all night trying to understand how things worked. The Italian culture is one filled with formality and elegance. At the same time, the rituals seem imposed on very basic and simple people.

MOMO: are you working now?

Actually I’m trying to work less and get paid for doing so. Design is my passion and getting paid to do it takes a lot of the fun out of it for me. Right now, I’m cooking up some possibilities in rattan with a Japanese brand. I’m also understanding if I have more to express in the way of rugs. My cc-tapis collaboration that resulted in the ‘after party’ rug has been well received and we’d like to expand on this positive energy.

I continue a regular creative direction for Kalmar Werkstaetten, the Austrian lighting brand that has become one of those chic and sophisticated lighting manufacturers, and experiments with Mabeo Furniture from Botswana that’s redefining the perception of modern African aesthetic and manufacturing. Despite the fact that I’m about as African as peanut butter and as Austrian as a kebab, I’m glad to be able to collaborate closely with Mabeo and Kalmar. My relationship with these two companies is quite significant.

MOMO: What is the premise of your thinking and design process? What is the process from the thought/inspiration to the finished product? How realistic are they? Have you done designs that are just not translatable into an actual object? How different is the ‘raw material’ to the end product?

GR: When working, I try to stay away from formulae in my process. I aim to find an interesting mindset/approach for each endeavour, then let the project develop with as little rational interference as possible. Nothing is set in stone, and the openness leaves ample opportunities for the unexpected. My ‘raw material’ is usually something quite personal and emotional: a mood, a sensation, an instinctive association to a situation. The end product is a physical metaphor for that intangible material, a medium I use to share the sensation.

Can this end up like a bad Google translation? Yes. It’s not foolproof. Is it even possible to give form to something so elusive? Am I vain to think that the things that I create can have that universal communication? 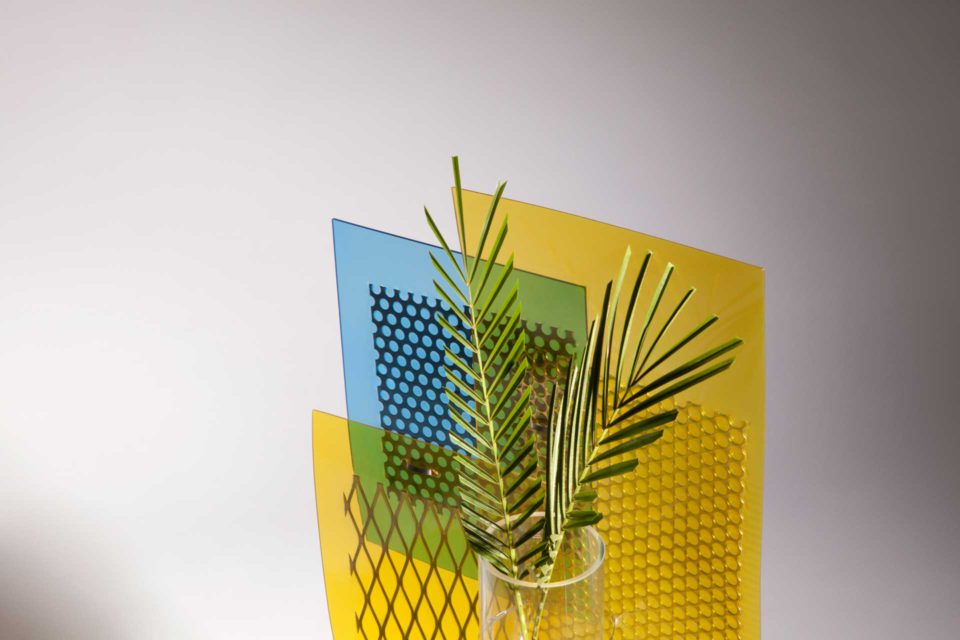 MOMO: What do you think of ‘form follows function’ ? Is there a process – for finding the form or the function?

GR: I didn’t know [American architect and father of modernism] Louis Sullivan personally, so I can’t really assess whether or not he was citing bullshit. But I do see an importance in conveying an uncontrived message in a design. I also notice that function is an individual ideal: what is one person’s chair is another person’s generic wood block. Design doesn’t decide functionality; design just gives another option for those who share the point of view of the designer. 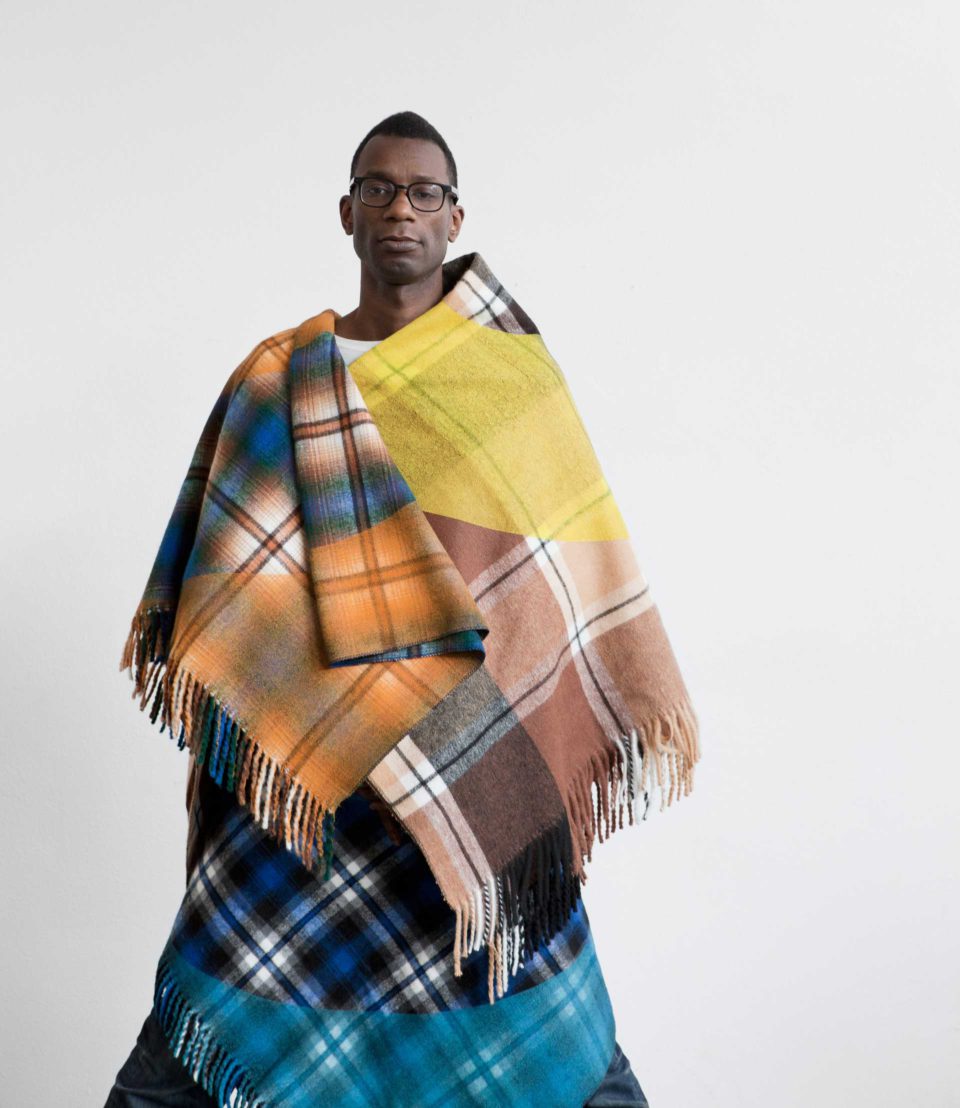 GR: To close the book on this question: yes, I am. I’m not sure who started this rumour but anyway I try to keep my personal life quite private. Not that it’s anyone’s business, I came out about two years ago, and still people love to succumb to the urge of asking the question to have that ‘get the scoop’ feeling.

So now that it’s in print and everyone knows about who and what I really am… what now? Does it make me any less of a man? If you cut me, do I not bleed? 😉 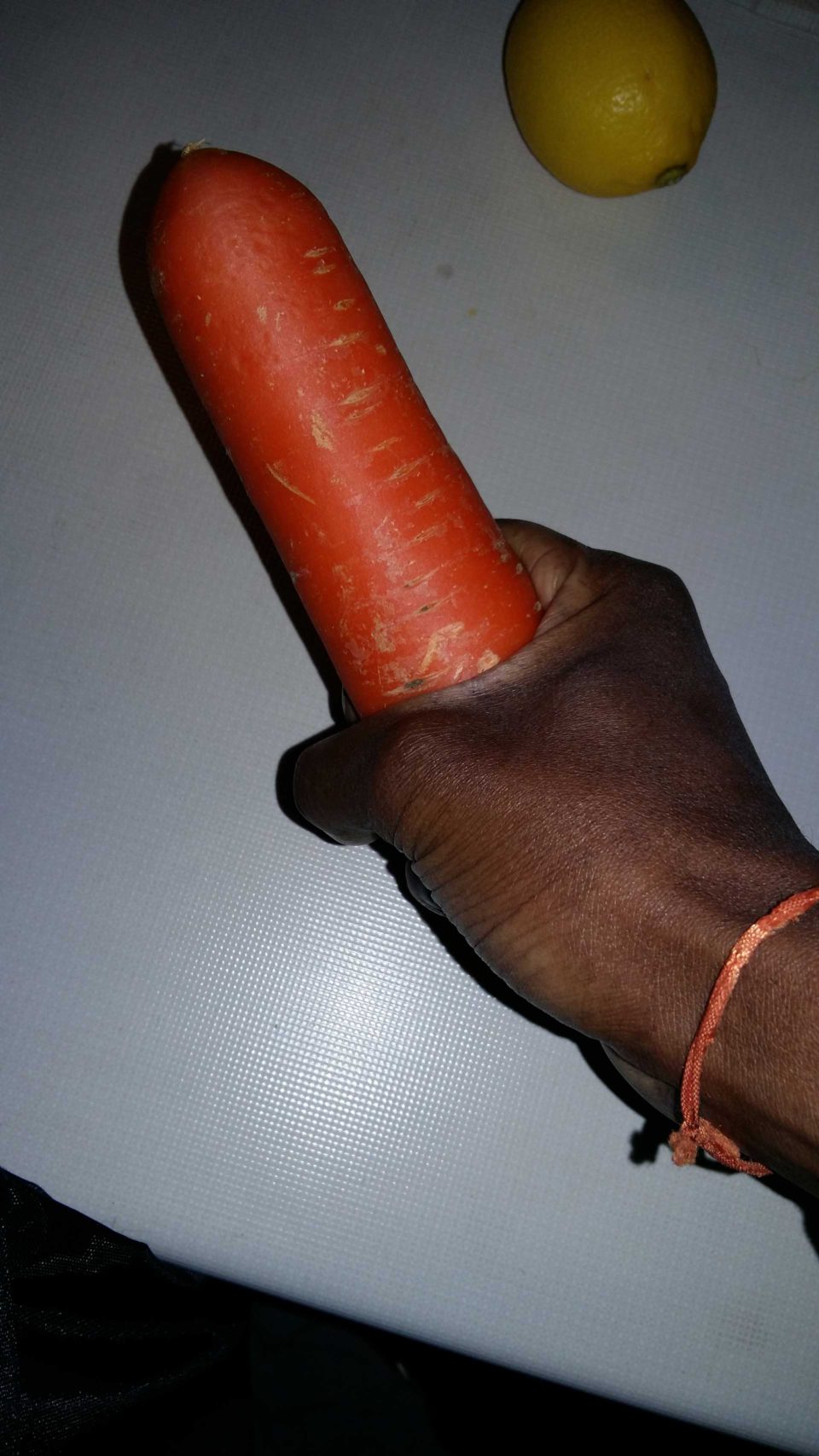 GR: Design solutions are a bit overrated. Is the generation of an idea enough to call something a design? Does a solution count if it’s temporary or generates unforeseen problems?

MOMO: Your are rather simple German designer Dieter Rams says that less is better because it ‘concentrates on the essential aspects’. Would you agree?

GR: Well, simple is as simple does. Is the work about the object or about the relationship of the object to reality? I try to maintain the spontaneity of idea in my work. I don’t want to clutter the message with signs of effort or contrived notions. I just want the object to convey to people to feel what I feel; or not to feel anything specific, just feel something.