A walk in the parks

A family zone, with plenty of good public and private schools on the doorstep, and sporting and cultural amenities aplenty, The Parks is a collection of gracious neighbourhoods on established, treelined streets where you can take your pick of restaurants and bars, upmarket shops and quirky boutiques; and there’s no shortage of weekend markets, hipster coffee hangouts or the co-working spaces that have become such a trademark feature of modern city life.

This peaceful suburban oasis lies conveniently close to what makes Joburg hum: the two major arteries of Jan Smuts Avenue and Oxford Road. The Parks is perfectly positioned between, to the south, the Afropolitan vibe of the historic Johannesburg city centre; and the powerhouse financial and business centre of the far-northern suburbs, where in the shiny glass skyscraper district of Sandton the construction crane has long supplanted the blue crane as the national bird.

Central to The Parks is one of Jozi’s favourite green spaces. Zoo Lake and its surrounding parkland, which was donated in 1904 by a group of Randlords (mining magnates) who specified that it should be a ‘park for the people’, has always been a place where all races, cultures and creeds gather. A popular spot for picnics, dog-walking and boat-rides, it has an info centre, sports club and restaurant, and is the venue for the annual Jazz on the Lake and Carols by Candlelight events, and the monthly Artists under the Sun open-air art exhibition.

The internationally accredited Johannesburg Zoo, just across Jan Smuts Avenue, houses over 300 species of animals, and The Parks residents settling down to sleep for the night may be treated to the faint bushveld sounds of lions roaring and hyenas cackling. The Zoo precinct includes the fascinating Ditsong Museum of Military History.

If you’re an early riser you’ll be struck by the pace of life in The Parks. As the sun creeps out of hiding, the dog walkers, runners, joggers, amblers and cyclists take to the streets. The public tennis courts are busy, the squash centre is packed, and you can faintly hear the tee-off times being called out on the 18-hole parklands Parkview Golf Course.

Weaving a path around and through the traffic, both human and vehicle, are the waste-pickers who head from the city to the suburbs and back in the early mornings and evenings, hauling immense sacks on trolleys filled with the recyclable bits and pieces of more affluent urban lifestyles.

Historically, these suburbs emerged as a home for the less wealthy relatives of the city’s Randlords, who built their mansions up on Parktown Ridge from the early 1890s. Sir Herbert Baker, a British-born architect and protégé of empire-builder Cecil John Rhodes, was invited to design many of these splendid residences, and some still stand in Parktown and Westcliff.

While most of the houses in The Parks perhaps can’t compare to the grandeur of those on the ridge, many of the suburbs’ old colonial-style houses are nonetheless remarkable for their provenance. Many have been thoughtfully and tastefully renovated, their owners keeping charming touches such as pressed-steel ceilings, ornate skirtings and wooden floors, while introducing modern must-haves like open-plan spaces and expanses of double-glazed glass. 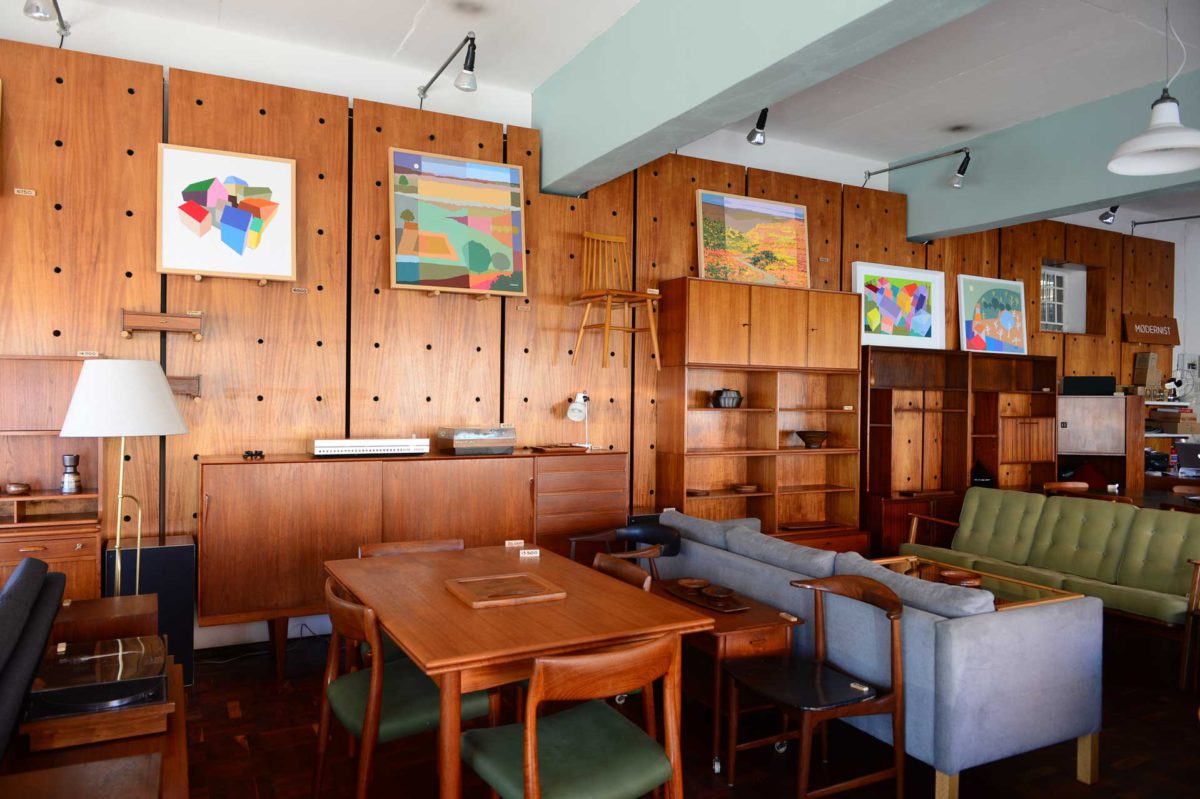 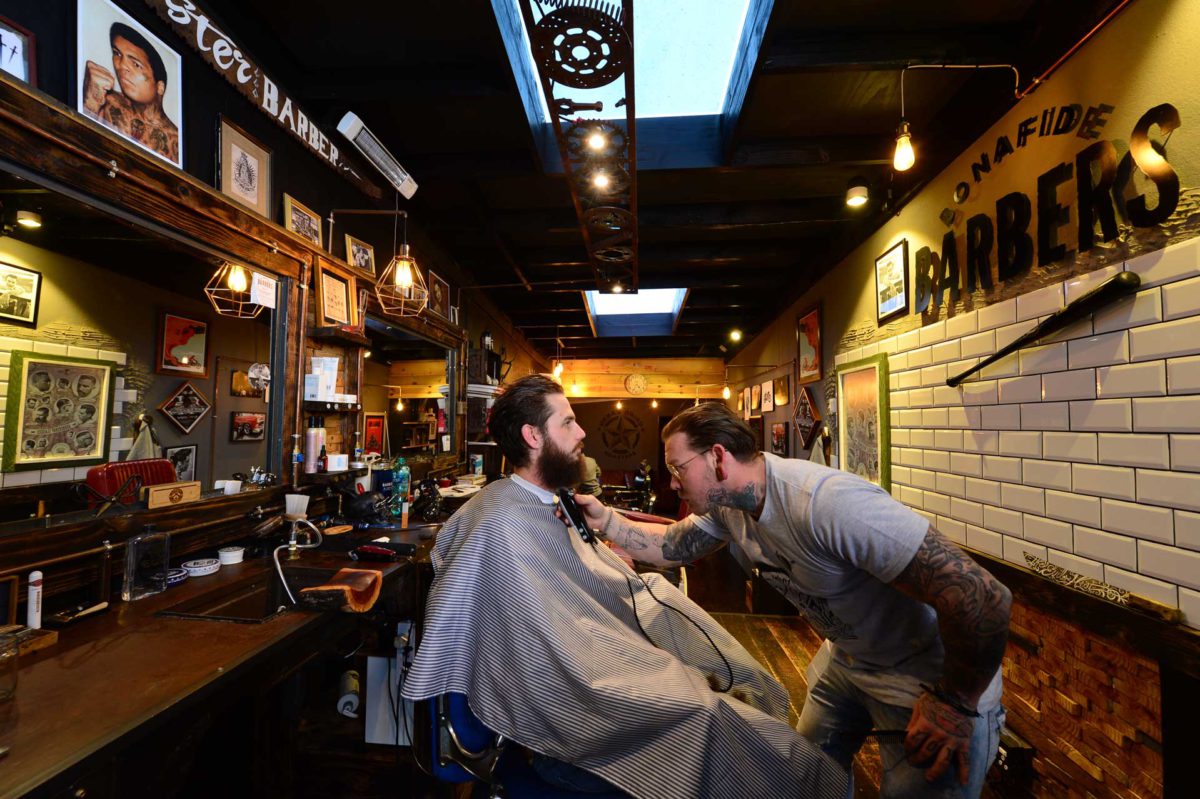 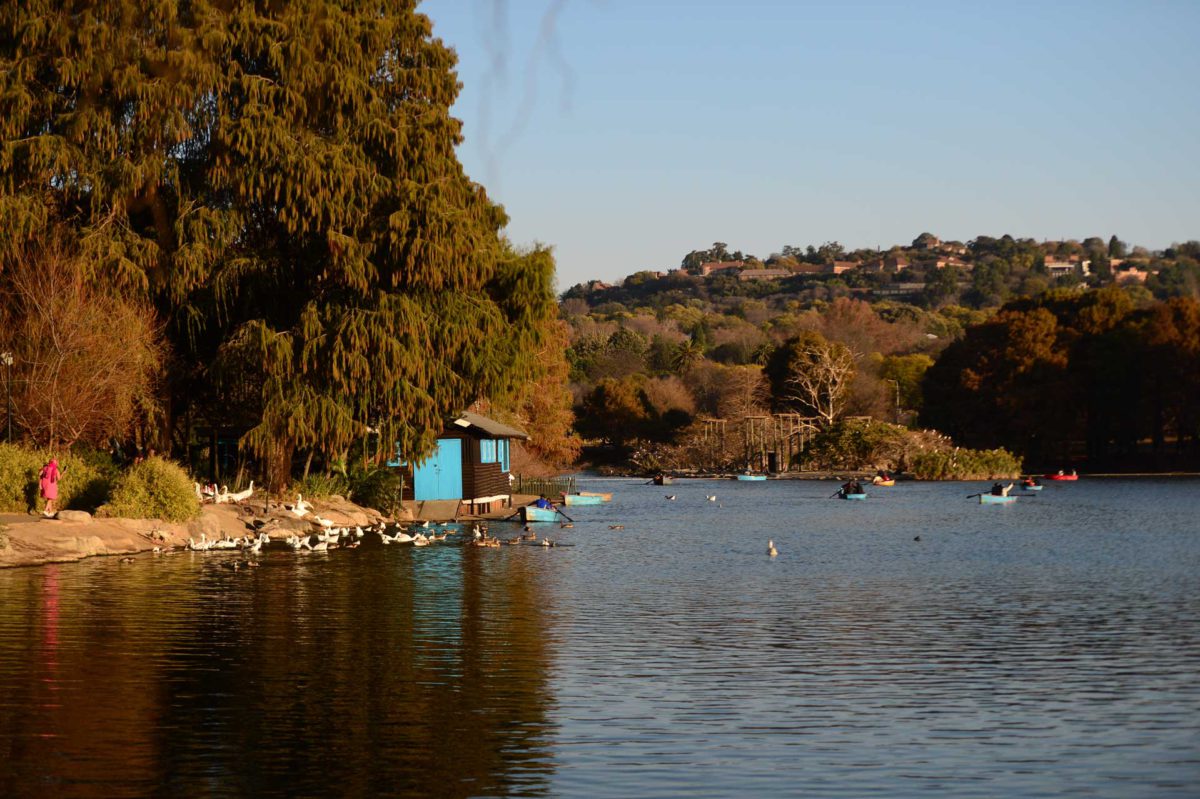 Zoo Lake with its boat house and ducks has outdoor appeal whatever the season. © Siphiwe Mhlambi 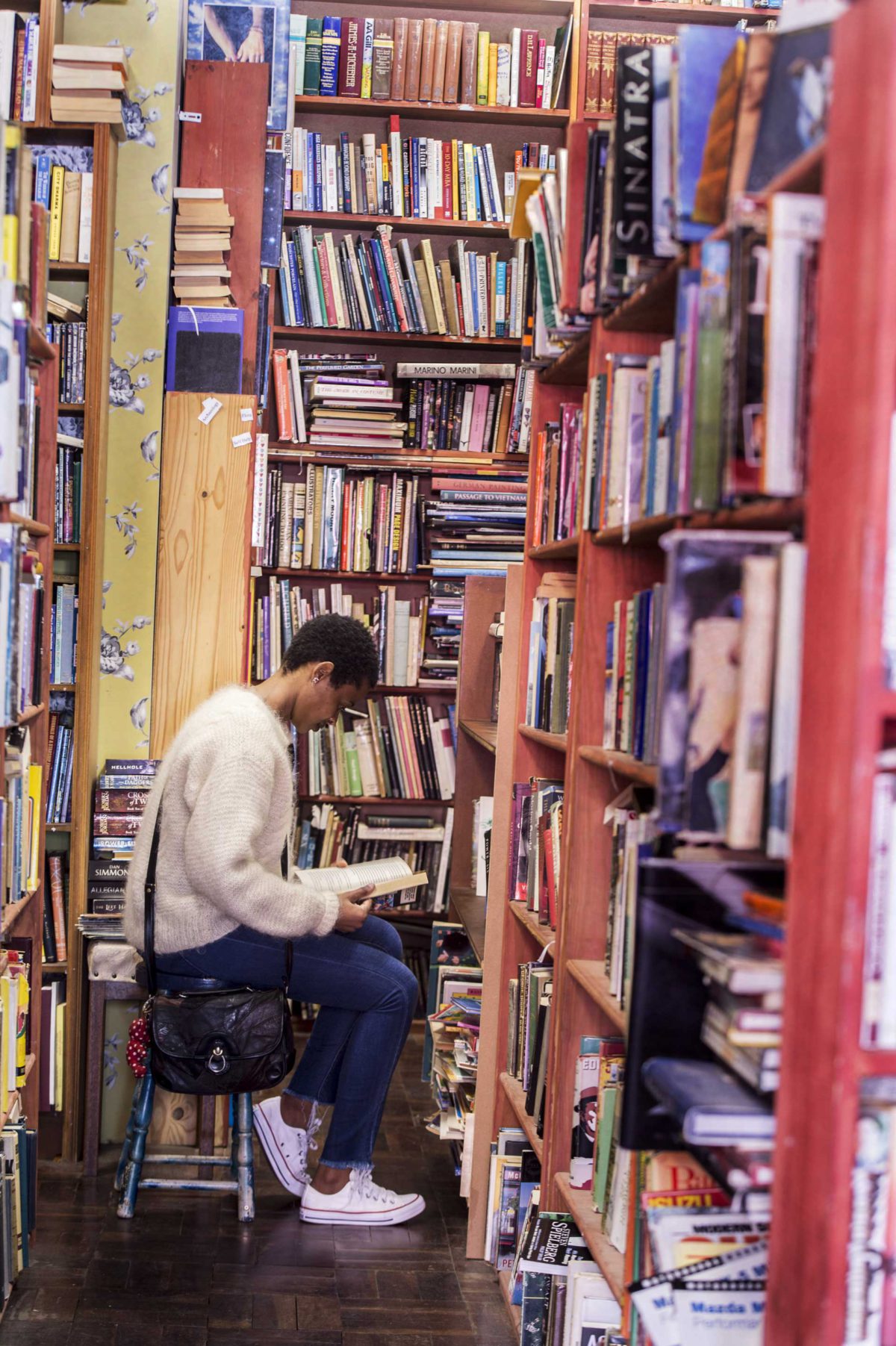 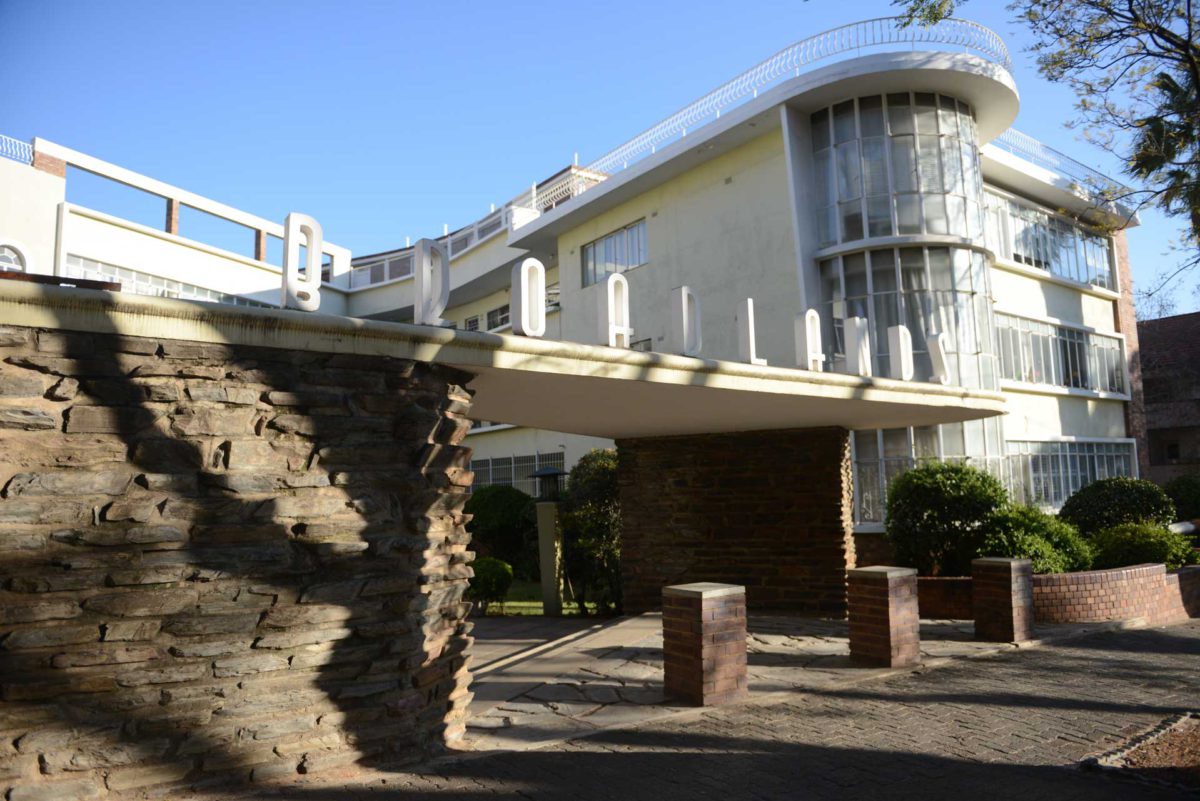 Along the main thoroughfares, many residential homes have given way to corporate developments. The sad loss of some of the more interesting architectural pieces is partly compensated for by the fact that this urban development has given Parktown North in particular one of the most attractive qualities of modern urban life: walkability.

The Parks offer a haven from the snappy busyness of Johannesburg life, with a village lifestyle revolving around family and friends, outdoor activities, shopping at boutiques, delis and food markets as opposed to malls, and gathering at local coffee shops, restaurants and art galleries. It’s a far cry from the modest beginnings of these suburbs but the city fathers who envisaged the central park as a gathering place for a representative of the city’s demographics would probably approve.

… urban development has given Parktown North in particular one of the most attractive qualities of modern urban life: walkability.

In 2013 Africa.com measured ‘livable cities’ with a list that aggregated data primarily from African sources to remove a western bias. Johannesburg came in fourth after Cape Town, Accra and Nairobi. Standouts were its manmade forest and its status as a base of many African companies to reach the world.

The Mercer is a leading scoring metric for measuring the quality of life in cities. The factors evaluated in the scoring process include political, social, education, transport and environmental elements. It ranks Johannesburg at
96 out of 231 cities, with Baghdad receiving the lowest ranking and Vienna the highest. 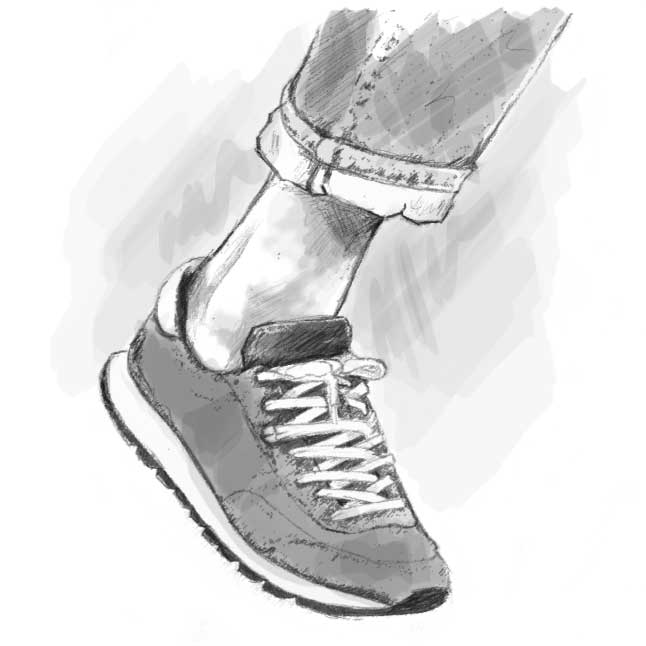 The Walk Score is a measure of walkability that analyses hundreds of walking routes to amenities, allocating points based on the distance to each. The highest number of points is given to amenities within a five-minute walk (0,5 km), while anything falling outside of a 30-minute walk gets no points, giving sprawling cities like Johannesburg, Los Angeles and Sao Paolo a tough time. In a rough study, Parktown North got a score in the ‘very walkable’ range. 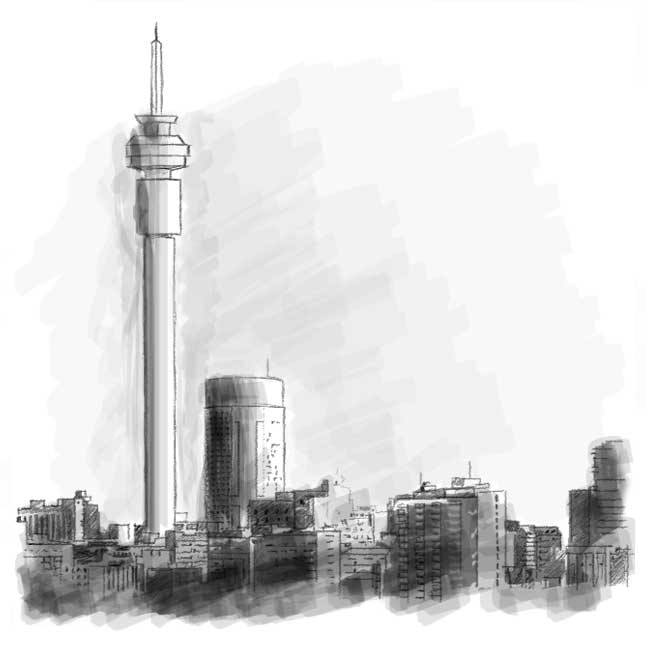 – The rise of Egoli

Johannesburg has a rapid heartbeat, a factor of its youth. Founded on a gold rush in 1886, its spirit is still defined by the promise of opportunity and the need to hustle. Long after the gold dust has settled, it’s that energy that has attracted people from across the continent and the globe to make this one of the world’s most uniquely diverse cities. Landlocked – and often defined as the world’s largest city not built on a coastline or waterway – and home to one of the world’s most impressive urban forests, Johannesburg is a rare mix, a complex cosmopolis with many worlds in one city.